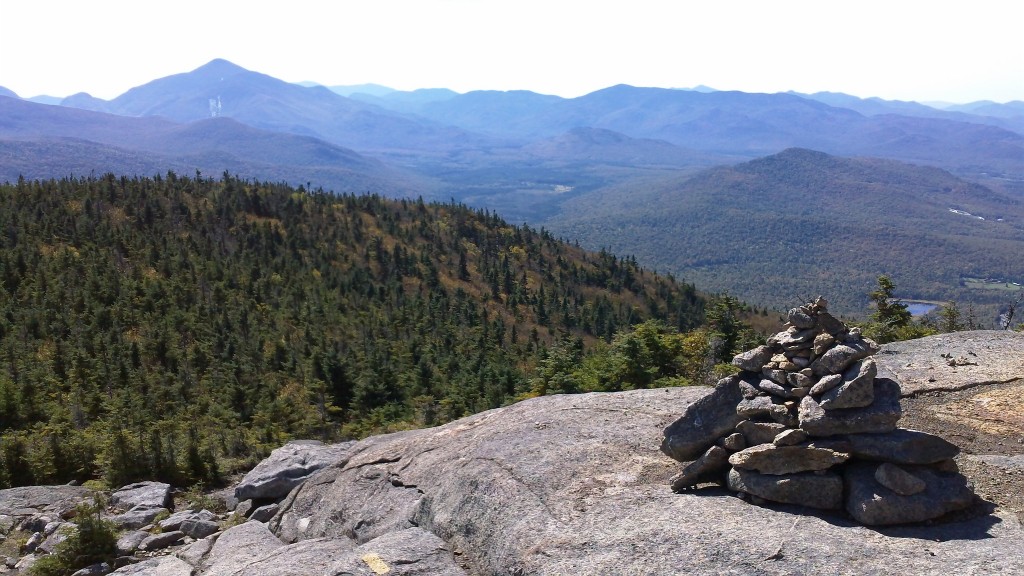 Motorcycles and rain do not go together. Unlike the comfort of a cage (car) in which you can employ your windshield wipers, turn on the defroster, turn up the radio, and stay dry and comfy, none of that is possible on a motorcycle in the rain.
Even with the best foul weather gear you are going to get wet. If you are not wearing a full-face helmet and gauntlet gloves each individual rain drop feels like a bee sting on the face and the back of your hands. The rain will find ways to whip around your helmet and down your neck, or seep in between your slicker pants and your boots to soak your socks (squishy socks are no fun.) I suppose that there are ways to prevent this (duct tape comes to mind), but for the most part getting wet is part of the price for getting caught in the rain.
While getting wet is merely an annoyance, wet pavement is out and out dangerous.
On a trip to find the Tennessee/Kentucky/Virginia tri-state marker some years back, we got caught on the top of a mountain during a vicious storm that blew out the lights in large sections of three states.

We had stayed in Marion, VA the night before and checked the weather before departing. A storm was supposed to pass through well to the north of us and later in the day. So we made sure to get an early start. We took this neat road, Route 16, north towards Tazewell, VA. That particular road is one of those thin-line, back roads I’ve been mentioning. It’s a great motorcycle road, a narrow lane with lots of twists and turns. If you MapQuest that route you will find that it takes over an hour to go just 30 miles, not because of any speed limits, but because of the contours of the road itself, and it’s so remote we needed to make sure there were gas stations along the way.
Unbeknownst to us at the time, a mere 4 miles in on rte. 16 we passed through Hungry Mother State Park. Legend has it that Native Americans had destroyed several settlements in the area, and taken Molly Marley and her small child captive. Molly and her child managed to escape, but Molly collapsed a short time later. Some locals came upon the child, and the only words the child uttered were “hungry mother.” A subsequent search found Molly but she was already dead. Today that area is called Hungry Mother State Park and the mountain is called Molly’s Knob (3270 ft). That’s not much of a mountain as mountains go, unless, of course, you get caught up on its top during a vicious storm.

Just like a woman, the storm changed her mind. She came in much earlier and farther to the south then forecast catching us unaware. The wind blew gale force, and its gusts came in swirls, stripping leaves from trees and sending branches crashing down onto the road in front of us and behind us. Exploding claps of thunder arrived simultaneously with numerous, vivid lightning strikes. Visibility was reduced to about 10 feet. There was no shelter, so we were forced to pick our way slowly, very slowly, down the mountain, carefully avoiding the slick, wet leaves that littered the roadway, dismounting to remove tree limbs where necessary.
We did come upon one cabin tucked into the woods just off the road. They had their lights on so we pulled over but when we knocked on their door to ask permission to park our bikes under their carport, we heard the doors lock and they turned off the lights. Since this was in the heart of red-neck country we thought it best to move on.
We continued down the mountain, picking up another rider along the way. He was huddled with his bike beneath a large tree, reluctant to ride on. When he saw us, he joined the caravan. Safety in numbers.
A couple of hours later we arrived in a two-horse town at the foot of the mountain. It was as welcome to us as Vegas would be to a cash-flush gambler. An abandoned store front with a wooden overhang provided shelter to wait out the rest of the storm, while our fellow rider regaled us with stories of his many bike trips. There is a camaraderie established between those with similar interests that makes for easy conversation. He thanked us for our company, and departed as soon as the rain passed. We executed a quick, partial change of clothes, wringing out those squishy socks. Luckily, the road was little traveled so no one caught us in our skivvies.
I mentioned that large portions of three states had lost power. That caused another problem. No electricity means no gas pumps would be working. We passed through a few small towns but all their pumps were out. At one stop a big fellow in blue overalls eyed us suspiciously at first, but warmed up quick enough as we related our dilemma. That’s not an uncommon experience with bikers. We are often mistrusted at first, but most folks seem genuinely interested in talking to you once you prove to be friendly. That big fellow now had a big grin, and he told us there was a town to the east that still had power, so we abandoned our planned route, but not our objective.
The sun came out and started drying our wet clothes and soggy boots as we started east. We found the open gas station with pumps running and were able to gas up.
Toward the end of that long day, we did find our tri-state marker, and added it to the list of our accomplishments. Then we hi-tailed it back to civilization by the quickest route possible. We were done with back roads for the rest of that day.