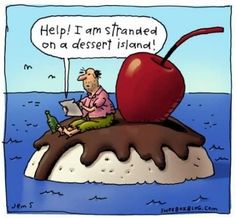 Have you been their?

Once the editing is complete, let it be. – if you can. Mistakes are like gremlins. They love to show up just to wreak havoc regardless of all attempts to keep them out.

After receiving my paperback proof, I found several proofreading mistakes that I had overlooked while reading my manuscript off the computer screen. As mentioned in the previous blog post, we read our works so many times we get word blinded, and are no longer able to see even obvious errors.

So, it was with wide-eyed shock that while reading my book galley I found a paragraph that I had actually repeated twice. Correcting it was an easy fix, along with the insertion of two missing words that “suddenly” showed up.

This ease of repair emboldened me to go ahead and change a clumsy sentence here and there, sentences I had recognized as not quite right, but which I had chosen to ignore because of the press of the entire project. Now was my chance to fix those pesky little errors. So I did.

This is where we ended the last blog – I was awaiting my second proof, just in case I had made another foolish mistake. I was confident that my fix was impeccable, but not confident enough for me to just publish as it was without another read through. I know myself. I sometimes overlook the obvious. I had been ultra careful, so a mistake was unlikely. Still…

My caution was not misplaced. I had made a major mistake in my rewrite. By eliminating that repeated paragraph, I had changed the length of the chapter by a page. No big deal right? Oh yes it is! It changed the table of contents (TOC). The mistake was early in the work, chapter 4, so the pagination of every chapter after that was wrong. I simply forgot to update the TOC – a simple two key stroke updating procedure.

I had been diligent in checking the endings of each chapter for orphans and widows, but not diligent enough in checking the overall structure of the book, in particular the TOC. This meant another manuscript submission to Createspace. Live and learn.

While correcting those clumsy sentences, I simply could not help myself. I wound up adding a word, even a sentence here and there. Next thing I knew, I started tinkering with this and that passage until the sudden recognition of my addiction smacked me in the forehead and forced me to go cold turkey. I double-checked the few changes I had made and then double-checked them again, and then I SAVED my work and sent the damn thing off as it was. If I didn’t I would have been “fixing” this work until I died and never have written anything new.

So take it from a veteran in the combat of never knowing when to leave good enough alone. Eventually we must.

Of course, I had to order another proof just to be on the safe side.

Oh yeah, and as I was looking over a previous edition of my work I noticed a paragraph that would have been better placed had it been moved onto the following page. So I…

No, no I didn’t I let it go and walked away – but I did look back over my shoulder once.

BTW, out of the corner of my eye I also picked up a lack of quotation marks on one of those clumsy sentences I had “repaired.” So much for tinkering. Once the editing process is complete, let it be!

There was even a mistake in this blog I just found. Will it never end?