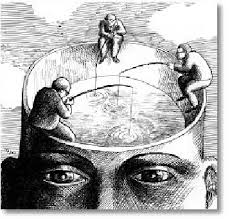 My massive ego, being what he is, demanded that I satisfy his lust for fame by creating a website.  Being shy myself, and not knowing anything about websites, I was reluctant to give in to his unyielding demands.  In fact, I ignored his demands for years, but as time passed he became more and more insistent.  Finally, he would not let me sleep.  My eyes would pop open in the middle of the night, and there he would be, sitting on my chest, staring down at me until I got up.

I tried to put Mot off by grabbing a cup of coffee, catching up on the late-night news, reading my emails, anything – except building a website I knew nothing about just to make him happy.  All the while he would follow me around like my shadow, trailing me, mere inches behind.  Every once in a while, if I was silly enough to believe that he had gone to sleep, I would glance over my shoulder but, sure enough, there was Mot staring blankly back at me.  His stare was not really blank at all. On the surface it did appear to be vacant, but glints of cunning peeked in from around its edges. It was embarrassing. He would not leave me alone.

Mot was never nasty, but he was uncompromising.  Occasionally he would try logical arguments, and those were actually the only times we really got along.  He did make some good points about how I had succeeded in other difficult endeavors in my life, and how those successes had satisfied me.  He often resorted to praising me, telling me how intelligent I am, and how easy this new project would be.  He knew all my weaknesses, and preyed on every one until, finally, he did get his way and I agreed to build him his website, um…our website.

It was only after I discovered the importance of marketing that I realized that he had been right all along. A website is crucial to successful marketing, but I couldn’t tell him that or I’d never hear the end of it. Come to think of it, he probably already knows all of this but is letting me slide for some diabolical purpose all his own.

I started out by researching everything and anything I could about creating websites.  Since I knew nothing,  I read a lot of useless information, went down too many dead-end paths.  However, little by little, I found my way.  In fact, some of the dead ends had value in what they taught me to avoid.

I was so green at this that I often had to stop my research just to look up the meanings of the terms being used.  Wikipedia became my best friend but Mot never got jealous.  He seemed to thrive in the ménage-a-trios of it all.

Still, he would not let me sleep until the website was 100% completed.  By this time we had become co-conspirators, although he never came up with any creative ideas except schemes to make himself look good.  He left all the heavy lifting to me.

Mot struts around now with a self-satisfied smile, even though he actually did none of the work.  He leaves me alone for the most part, so we’re getting along better, and I must admit that I am proud that I completed such an involved project, and that it came out reasonably well. So, he was right about that. You can check it out at www.thomasmcgann.com if you’d like.

I wish I was unable to let him know he was right, but he reads my mind so that satisfaction will forever evade me. Even now he is now probably laughing up his sleeve as I write this.